We Got You Covered: Burial Insurance for People with COPD 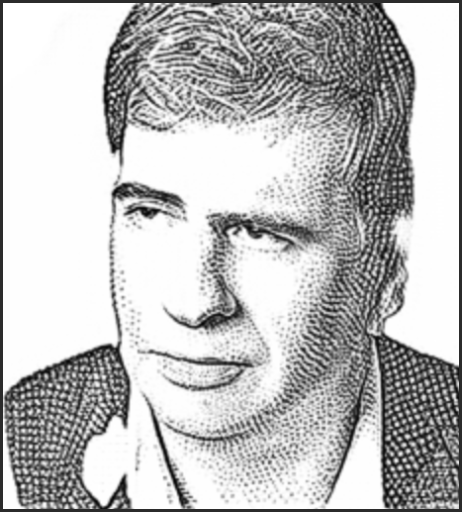 Insurance companies survive and prosper by assessing accurately through the strictest of interviews and mathematical calculation the risk of any policy, regardless of its content.

It goes without saying that quality burial insurance for those suffering from COPD, a disease that is the 4th leading cause of death in the United States, carries an especially high risk and very hard to find.

Almost all insurance companies will directly ask about COPD or chronic lung disease, and much depends on your understanding of the process.

The quality and cost of the insurance are all subject to negotiations usually, but not for COPD sufferers, and especially not those on oxygen therapy. Rejection is common.

You worry rightly concerning insurance that will cover the cost of funeral and burial is critical to ensure that your family will have the money they need when you pass away.

While obtaining life insurance isn’t easy with COPD, we have both good and bad news—and a great belief that with proper management, the best burial insurance for those diagnosed with COPD can be available.

There are a few types of burial insurance for people with COPD. We will help you make sense of them. Not to worry. We can and will find you an affordable burial insurance plan, but you must be realistic. The news is good and bad.

There is no cure for COPD, though there are stages that are clearly marked and well-known to insurance agent calibrating and quantifying a disease which may heavily impact the quality of insurance policies that they will be offered, indeed whether one is offered at all.

Much depends upon an accurate assessment of the stages and the specific form of COPD that sometimes comes from industrial solvents, but most often from smoking.

Those who are under oxygen therapy, or show similar signs of suffering at an advanced stage of the disease will have an agent directly reject your application.

You can find with our help a top-rated A+ insurance company ready to offer someone who has COPD the kind of dream insurance that were not thought possible, starting on Day1, for the lowest cost and without a waiting time period.

We offer a unique plan after considering the context and alternatives

This is an extremely rare and precious find on our part. We found what may be the only reputable company fully ready to handle the risk of COPD applicants without costing more or incorporating any type of waiting period.

It is something we will return after we review very limited alternatives and the reason why they are so rare for COPD sufferers.

There is no easy answer to this question, though all variations have in common simply asking if you have it, sometimes without much follow up questions.

Your history of prescription drugs will tell all that needs to be known from routine insurance on drug use.

Actually, COPD cases are mostly caused by tobacco consumption over long time periods, but this information, as other life-style-related variables, is generally not  readily accessible in routine claims.

Whether or not you have COPD may be a sole consideration, and that is determined by the drugs you have been prescribed, how long have you taken these drugs and whether you use oxygen for breathing disorder, not sleep apnea. .

The Stages of COPD

Stage 1 is hardly noticeable. You may suffer some shortness of breath, cough up some colored phlegm or show other symptoms long-time smokers rarely notice or even worry about at this stage.

With the help of spirometry as a device, a simple breathing test will both identify the presence and the progress of the disease. You breathe in deeply and blow into a tube without, then with medication that opens up the airways.

Three numbers come together (a) how much air you exhale which is called forced vital capacity (FVC) (b) how much of that came out in the first second named forced expiratory capacity (FEV1) (c) from these numbers collectively is total lung capacity.

If your reading reaches 70 % or above, you are diagnosed with COPD, while FEV1 tells you the stage with higher than 80% establishing you in Stage 1.  Stage 2 considerate moderate COPD, most likely without severe symptoms and most likely still ignored has FEV1 at 50-79%.

Even at stage 3, most still ignore the intermittent but persistent symptoms becoming chronic with FEV1 assessed at 30-49%.

Unfortunately, by the time you know and had the most sever of symptoms and you answer positively to the question of whether you have COPD with FEV1 less than 30%, you have reached an irreversible end-stage.

You have shortness of breath, made increased visits to the emergency department and become hospitalized with a condition that could easily veer into serious ling infection and respiratory failure. You have an inhaler and most substantial mechanical breathing aid to get by.

Clearly you are very high risk, for it is very likely that you had finally become aware that you have arrived at the terminal stage of the life-cycle.

There is now no special need to ask about your environment, life-style, or whether you had quit smoking when you can barely breath or get about without help.

In fact, there is only a need to look into your medications to confirm your condition, which you know is bad news already.

There are numerous drugs belonging to COPD treatment. Your insurance agent knows them all, and will use online means to analyze the history of your varied medications to verify just that one crucial question, whether you have COPD, the sole category of risk analysis.

We are talking your entire life history of prescription drug use because the disease may strike early, your drugs signifying COPD`s steady and inevitable advance.

Practice varies by company, but if the long list of drugs in the following category is employed, late stage COPD is inevitably suspected entirely based of certain medication combinations.

Put differently, if you have been prescribed the following drugs and treatment modality, you will meet considerable obstacles getting insurance.

Short-acting bronchodilators cause airways to stay open to ease troubled breathing using an inhaler or nebulizer.

Long-acting bronchodilators are medications that are designed to treat COPD over a extended period of time.

Methylxanthines has severe side-effects and employed only for the most severe cases. as an anti-inflammatory drug to relax the muscles in the airways, the significant cause of nausea or vomiting, tremors, headache, and trouble sleeping.

Triple therapy, a combination of an inhaled corticosteroid and two long-acting bronchodilators, may be used for severe COPD and flare-ups.

We Are on Your Side

This is our business, and we want to lower expectations to realistic and achievable levels. What is the bottom line?

You need us to make a thorough assessment of your prescription drug use that will guide us to the appropriate kind of recommended coverage among competing firms offering burial insurance coverage.

We will let you know with honesty and sensitivity but remind you that emphysema is considered a major disease with very high risk of mortality.

We know with considerable certainty your level of risk and insurance options to advise you properly, even when our duty is to tell you that your application at your stage of the disease can.

We can see your need, but also know full well the statistics showing a decreased life expectancy of considerable magnitude, putting the insurance company that issues such a policy at risk. It would be worthwhile to look at matters from the point-of-view of the insurer.

At the end of the day, statistics show that the five-year life expectancy rate for an individual who has been diagnosed with COPD can range from 40 to 70%.

What to Expect from Insurance Companies?

You may expect the following:

The rate may vary from 15% to 40% additional premium payment to offset the attendant risks of the policy. There are huge benefits in receiving 100% of the policy from Day 1.

Such insurance companies are by no means plentiful. We need to keep a vigilant eye on the market to find firms ready to offer such policies to our clients.

Given that you are most likely in a very advanced state of the disease, that your policy only comes into play after 24 months is no small matter, but it may be the only option. To be sure, if you pass away during the waiting period, the insurance company returns your deposit plus 10%.

Such plan means that your beneficiaries receive fully 100% of the insurance payments, but not all at once. Indeed, there may be only 30% of the payment issued in the first year, with the rest distributed over the following year.

These vary for final expense companies and include onerous waiting periods, higher fees and still other conditions, though for more money, some benefits will be paid promptly.

They will do nothing

They will run a check on your medications and refuse you with varying explanations. This , sadly, is the most likely scenario.

Our Recommendation: The Guaranteed Issue Plan

The bottom line: if you are on oxygen therapy, you may no option whatever, and most certainly not the guaranteed issue burial insurance policy which has no medical exam. The fact is that such a plan is not only your best option, but indeed the only possible one.

It seems beyond your reach, yet we had found what has been until now the only insurance underwriter with credibility ready to issue such a plan,

This plan is astonishingly straightforward and appealing in its coverage terms. You are guaranteed to be accepted without any medical check-up or even a health questionnaire to trouble you.

Give them your name, beneficiary and fulfill payment obligations , and you are in with some reservations in this instance.

There is a two-year waiting period and a higher premium, but consider carefully, you are on oxygen, and such plans are found nowhere else—though we keep searching.

You may be on oxygen, and lacking a plan to pay for your funeral expenses. Time is of the essence to reduce the waiting period.

Let’s be frank. Your use of oxygen alone tells of the severity of your condition You would face certain denial elsewhere, Get in touch with us. We will steer you to a plan that will ease the grief and the debt-burden on your family. Much depends on it.